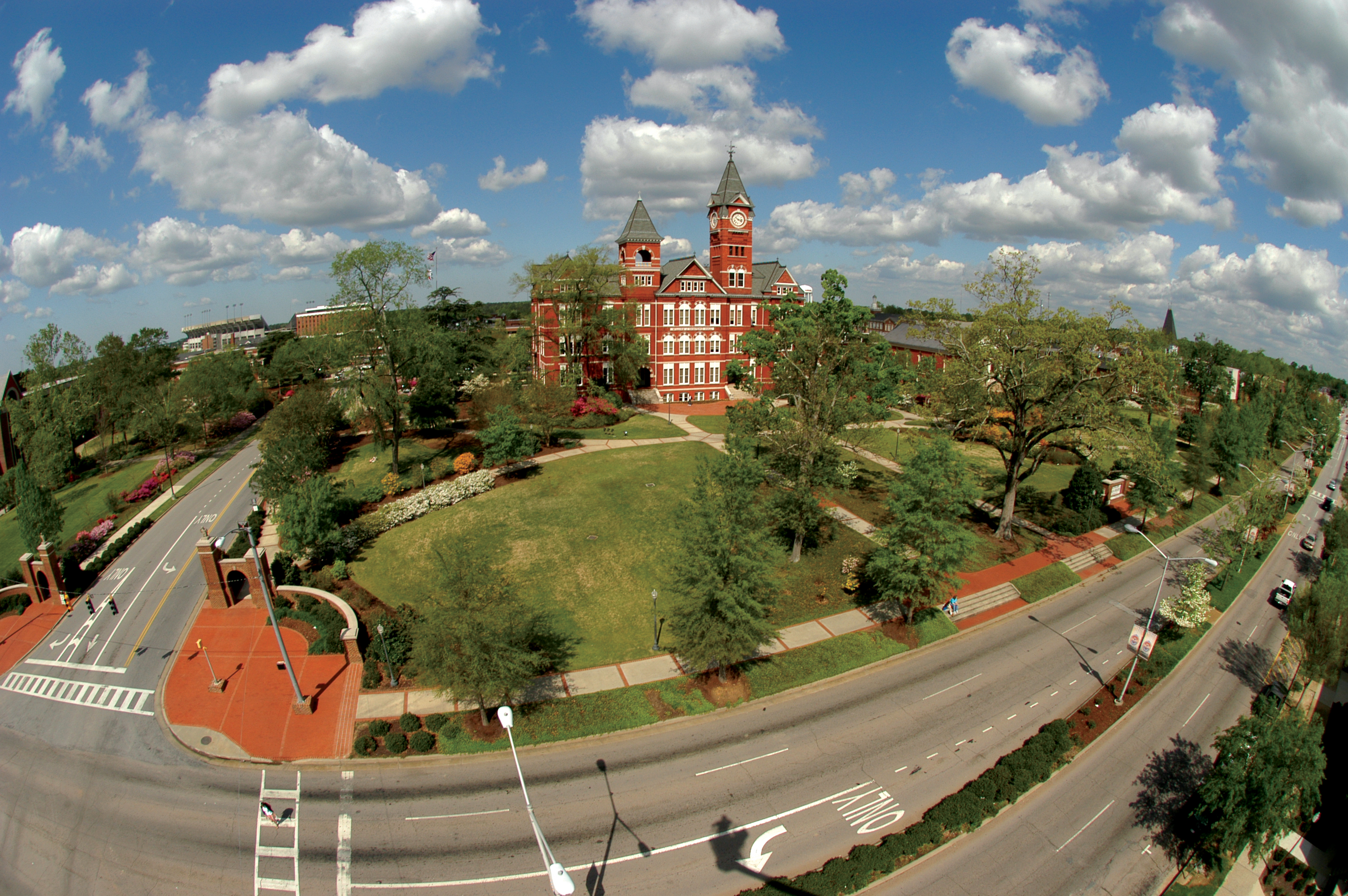 AUBURN UNIVERSITY, chartered in 1856, is located in Auburn, Alabama, and traces its beginning to the East Alabama Male College, a private liberal arts institution whose doors opened in 1859. From 1861 to 1866 the college was closed because of the Civil War. The college had begun an affiliation with the Methodist Church before the war. Due to financial straits, the church transferred legal control of the institution to the state in 1872, making it the first land-grant college in the South to be established separate from the state university. It thus became the Agricultural and Mechanical College of Alabama.

Women were admitted in 1892, and in 1899 the name again was changed, to the Alabama Polytechnic Institute. In 1960, the school acquired a more appropriate name, Auburn University, a title more in keeping with its location, size, and complexity. The institution has experienced its greatest growth since World War II, and today enrolls more than 30,000 students. The majority are Alabama residents.

Auburn University Montgomery was established as a separately administered branch campus in 1967. The institution has developed rapidly, especially since moving to a 500-acre campus east of Montgomery in 1971. Current enrollment at AUM exceeds 5,000.